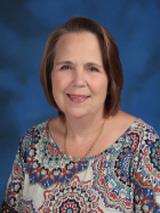 I grew up in the Saraland area.  I attended Saraland Elementary School, Adams Middle School, and Satsuma High School.  I graduated from Satsuma High School in 1986.  After high school, I attended Faulkner State Junior College and earned an Associate of Arts degree and an Associate of Science degree.  I continued my studies at the University of South Alabama and earned a Bachelor's Degree in Special Education.  I taught Special Education classes at Kate Shepard Elementary from 1992 - 2007.  I began teaching at Saraland Elementary in August of 2007 and made the transition to the Saraland Early Education Center during the 2016-2017 school year.  In May of 2017, I earned my Master's Degree in Exceptional Student Education from the University of West Florida.